ATA revised the June decline from the originally reported 0.4% to 0.5%.

The not seasonally adjusted index, which represents the change in tonnage actually hauled by the fleets before any seasonal adjustment, equaled 114.6 in July, which was 1.2% below the previous month (116.1). 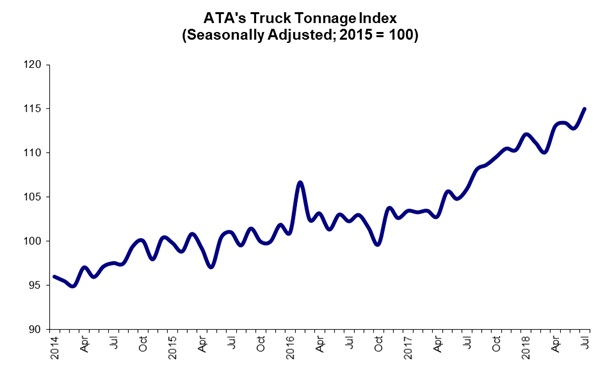