ATA revised the January increase from the originally reported 2.0% to 1.6%.

The not seasonally adjusted index, which represents the change in tonnage actually hauled by the fleets before any seasonal adjustment, equaled 99.7 in February, which was 6.7% below the previous month (106.8).

“Despite a softer February than January, freight remains robust as exhibited in the year-over-year increase,” said ATA Chief Economist Bob Costello. “The drivers of truck freight – personal consumption, factory output and construction – are good, plus the inventory cycle is in favor of motor carriers, so I expect freight tonnage to grow at a decent pace in the months ahead.” 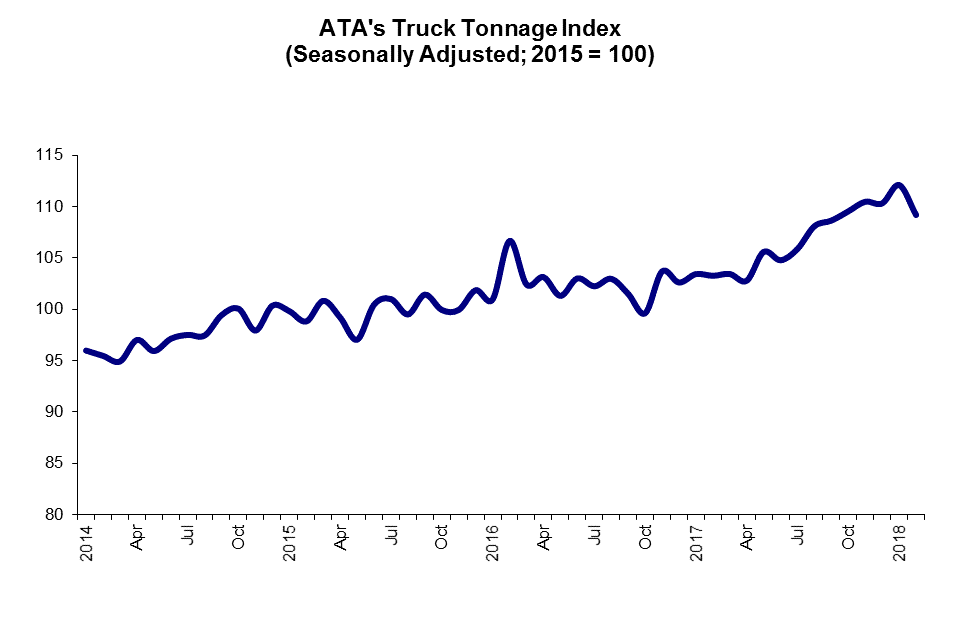