Dennis is currently serving as Vice Chairman of the American Trucking Associations, the largest national trade association for the trucking industry. Through a federation of 50 affiliated state trucking associations and industry-related conferences and councils, ATA is the voice of the industry America depends on most to move our nation’s freight.

In addition to his responsibilities at Cargo Transporters, Dennis serves as the Immediate Past Chair for Truckload Carriers Association (TCA). Through Dennis’ leadership and steadfastness, TCA’s programs continued to grow through the challenges of 2020 – 2021 from record attendance at the Fourth Annual Bridging the Border Barriers meeting held virtually, maintaining TCA’s prominence in the Capitol Christmas Tree tradition to vital education webinars led by TCA staff with larger than normal attendance.  He also serves on the Board of Directors and Vice-Chair of the Safety Policy Committee at American Trucking Associations (ATA). He represents the North Carolina Trucking Association (NCTA) where he serves on the Board of Directors and is a Past Chairman. He also holds an advisory position with The Trucking Alliance.

Dennis’ interests include reading, spectator sports to include supporting the Carolina Panthers and spending time with his family.  Dennis and his wife, Sherel, live in Hickory, NC. He is the father of daughter, Dana (Graham) McRary and Papa D to Lachlan and Emma. 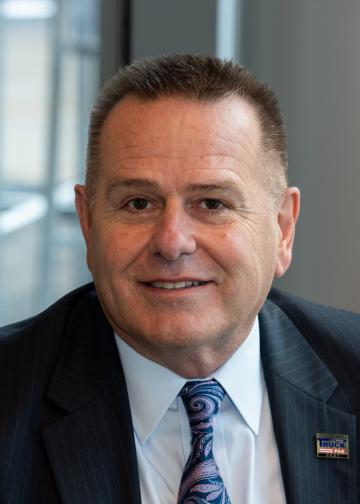