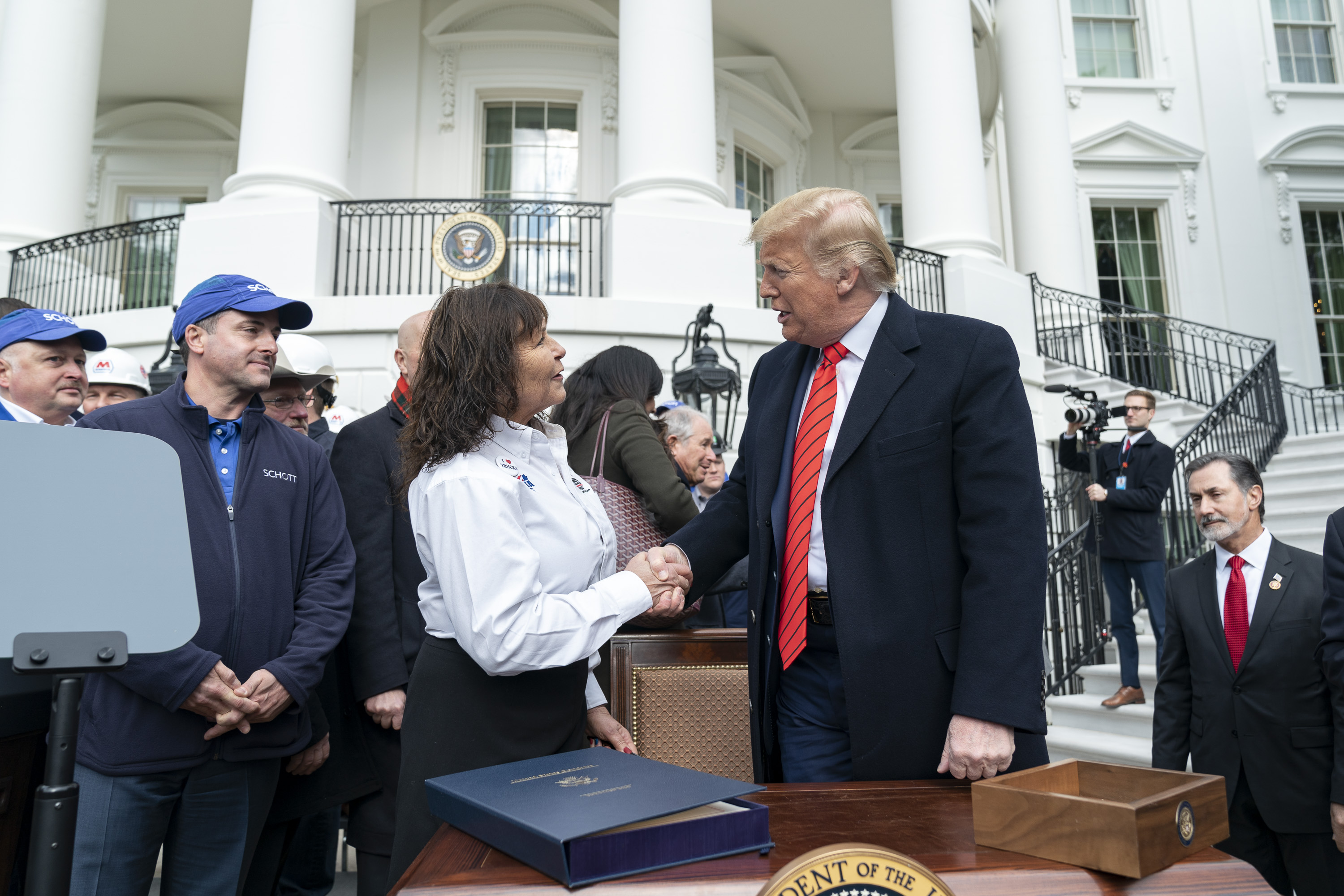 Arlington, Virginia – Today, American Trucking Associations leaders applauded the signing of the newly ratified United States-Mexico-Canada Agreement during a ceremony at the White House, where ATA President and CEO Chris Spear and 12 professional truck drivers from ATA member companies were in attendance.

“Today’s signing ceremony is the beginning of the next phase in our strong and productive relationship with Mexico and Canada,” said ATA President and CEO Chris Spear. “ATA and our members are proud to have been engaged throughout the process, attending the ministerial conferences and working with the administration and our trucking partners in Canada and Mexico to shape this final outcome. We commend President Trump for making this a top priority of his presidency and seeing it through to completion.”

USMCA is projected to increase annual U.S. exports to Canada and Mexico by a combined $33 billion above the current NAFTA baseline. The agreement is also expected to increase U.S. GDP by $68 billion, stimulating broad sectors of the economy that the trucking industry serves, like agriculture and manufacturing.

In 2018, trucks moved more than $770 billion worth of goods between the U.S., Canada and Mexico, and transnational trade between the three countries supported roughly 90,000 U.S. jobs in the trucking industry—including 60,000 truck drivers. Those figures should only increase as USMCA is implemented.

“Trucks move 70% of all freight in the U.S. and 76% of the freight that moves between the U.S. and our closest neighbors, so we expect trucking will see significant benefits from USMCA as the agreement boosts exports to Canada and Mexico and generates a measurable increase in our gross domestic product in the years ahead,” ATA Chief Economist and Senior Vice President of International Trade Policy and Cross-Border Operations Bob Costello. “We look forward to working with leaders in all three countries to ensure smooth enactment of USMCA.”