Highway Legend: How a false stat about trucks & road damage is based on 60 years of distortion

There’s a time-worn statistic peddled by truck critics that a “single tractor-trailer does the same amount of road damage as 9,600 passenger vehicles.” But there’s an issue with this eye-popping figure: It is egregiously false.

Like any tall tale, this falsehood has spread and morphed over time, taking on new forms and iterations but still lacking any basis in truth. One governor put the ratio at 10,000 to 1; a lawmaker recently claimed 4,000:1.

The genesis of this myth dates back decades. The original 9,600:1 figure is supposedly derived from the AASHO Road Test conducted in 1962 — a project of the American Association of State Highway and Transportation Officials, then known as AASHO. Mind you, this was nearly 60 years ago. 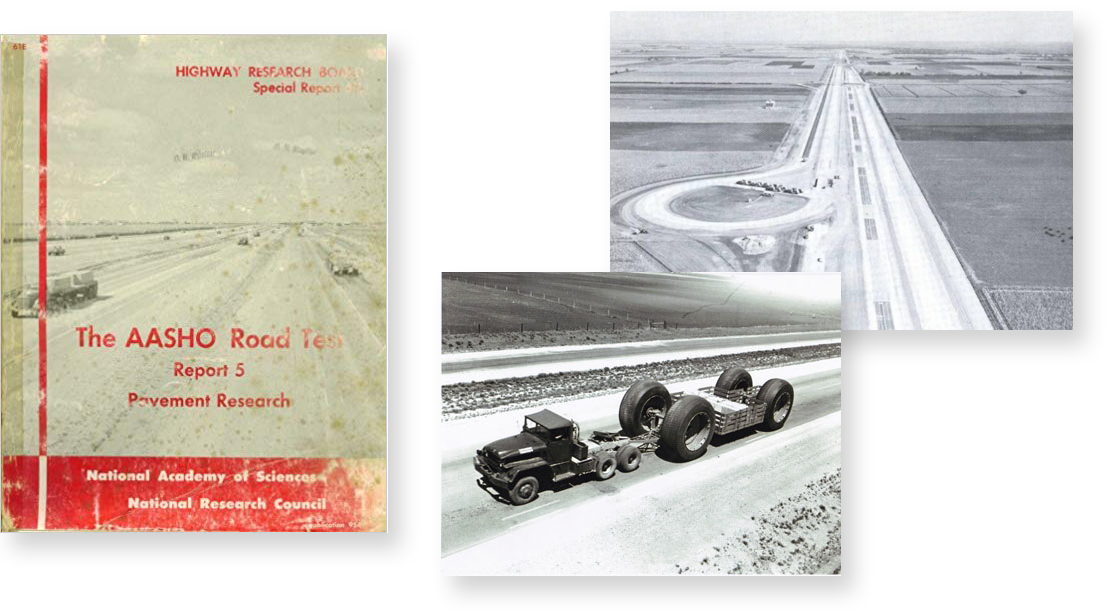 The Road Test was a legitimate and valuable research effort to help highway engineers understand how pavements of varying strength and construction respond to truck axle loads. Using those findings, engineers could then determine how to best design highways to withstand the expected vehicle volumes and loads over long periods of time.

To conduct the study, portions of the test road were deliberately under-designed in order to actually achieve deterioration. After all, the engineers were trying to observe how axle loads and pavement interact to cause damage. 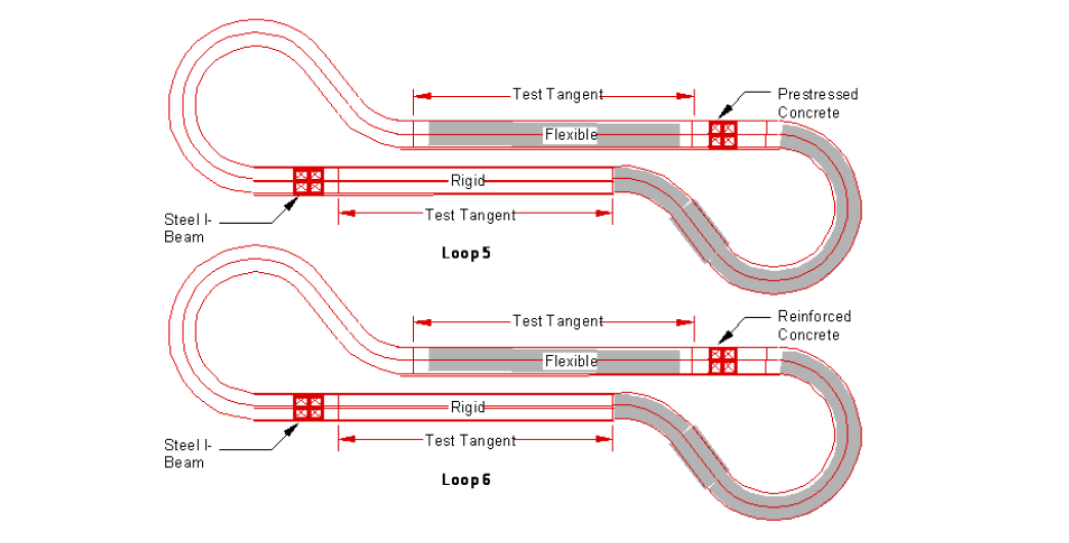 After the AASHO Road Test’s publication, politically-motivated non-engineers used portions of the study — completely out of context — to concoct an erroneous ratio that compares road damage caused by trucks versus the damage inflicted by a car.

But nowhere in the Road Test does it find that tractor-trailers do the equivalent damage to roads as 9,600 passenger vehicles — nor did it produce any similar ratio. In fact, passenger vehicles weren’t even included in the study. This was not the intent nor scope of the experiment, and the claim has no scientific or factual validity.

Although some lawmakers still float this false statistic — wittingly or unwittingly — a number of scientific studies and other authoritative voices from the engineering community have corrected the record.

“There are prevalent misconceptions that trucks damage pavements more than passenger cars.”

— The National Academy of Sciences, Transportation Research Board

The National Academy of Sciences refuted the ratio in 1979, underscoring the fact that the AASHO Road Test was partially conducted on under-designed pavement. More to the point, NAS explained that properly designed highways —a lesson actually derived from the AASHO test — are built to withstand the truck and passenger vehicle traffic that travels on them.

“When a highway is properly designed…it will not be damaged by the traffic it is designed to support. This is an important point because there are prevalent misconceptions that trucks damage pavements more than passenger cars. This is only true when (1) the pavements are under-designed for the amount of truck traffic that is actually using them; (2) trucks, through overloading generally, are imposing heavier axle loads than anticipated; or (3) other factors not properly evaluated in design have affected the ability of pavements to support traffic.”

In a recent 2018 report, FP Innovations highlighted more glaring issues with using the Road Test to assess truck damage versus that of cars, including how incredibly dated the data is:

A second and more important limitation of the ESAL concept (and truck factors) is that it is based upon dated and specific conditions tested almost 70 years ago at one location. They reflect the pavement, vehicle and tire types, weather, and soil conditions of the Road Test. Obviously, many things have changed from 70 years ago (e.g., pavement materials; pavement designs; truck loadings; tire types, sizes, and inflation pressures; travel speeds; weather patterns).

FPI also echoes the important point that the intent of the Road Test was in no way to compare cars and trucks, and that the experiment’s inputs are wholly incompatible to make that leap of analysis:

A third limitation of ESALs is that they don’t account for tire parameters (type, size, inflation). The original tests were conducted with bias ply tires, which have now been completely replaced with radial tires. Tire parameters have been found to strongly influence near-surface pavement deterioration, notably cracking.

The faulty 9,600:1 analysis totally omits environmental factors, which are the driving force behind highway deterioration. Take a pavement which has no traffic at all on it — not even a tricycle — and watch what happens to it over a few years. Unused airport runways, for example, designed to accept terrific punishment will buckle, crack, sag, and break up from no cause whatsoever but weather.

Here’s a question: If heavy trucks are chiefly responsible for shortening pavement life, how does one explain the Baltimore-Washington Parkway — which prohibits truck traffic — recently becoming so riddled with potholes that officials had to lower the speed limit to give cars enough time to dodge them? 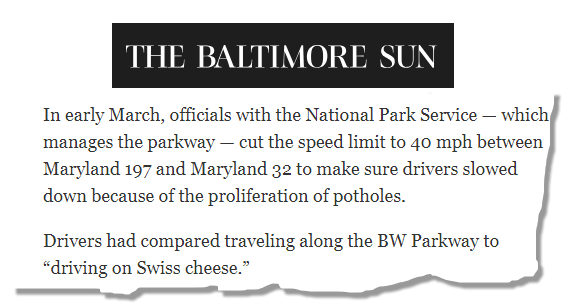 When you hear claims of trucks doing 9,600 times the damage as a single car, ask the claimant what their source is. Know that this stat is egregiously false and has been thoroughly refuted and debunked by actual scientists and engineers.

Cherry picking findings from a 60-year old study and applying them wildly out of context is not sound science. It is propaganda — often driven by a political agenda.