Arlington, Virginia — American Trucking Associations’ advanced seasonally adjusted (SA) For-Hire Truck Tonnage Index was down 2.3% in March after decreasing 1.5% in February. In March, the index equaled 113.2 (2015=100) compared with 115.8 in February.

“In March, and really the first quarter in total, tonnage was negatively impacted by bad winter storms throughout much of the U.S.,” said ATA Chief Economist Bob Costello. “While I expected tonnage to moderate in the first quarter, the late Easter holiday and the winter storms made it worse. It is likely that tonnage will improve in the second quarter, although year-over-year gains will be significantly below the 2018 annual increase of 6.7%.”

February’s reading was revised down compared with our March press release.

The not seasonally adjusted index, which represents the change in tonnage actually hauled by the fleets before any seasonal adjustment, equaled 116.3 in March, 10.3% above February’s level (105.5). In calculating the index, 100 represents 2015. 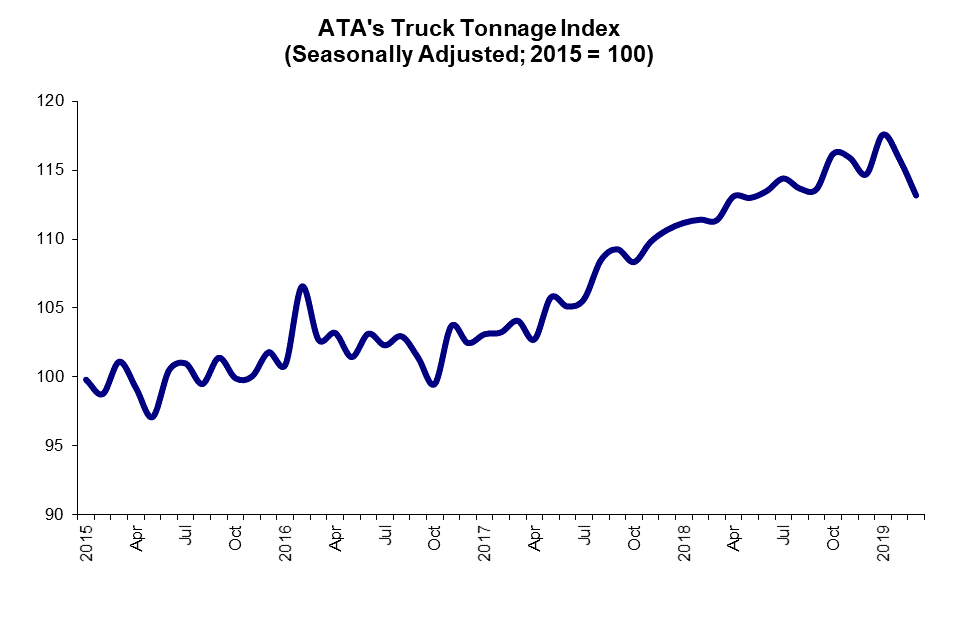