“Since taking this job, I’ve made it clear that your association’s primary objective is winning… winning on behalf of the members and this great industry, no matter who the electorate sends to Washington,” Spear said. “We don’t get paid to point fingers. Partisanship is not a crutch.  You’re doing your job under the toughest circumstances.”

In his remarks, Spear cited ATA’s significant legal victories in federal court over the state of Rhode Island on the issue of tolling and over the Biden Administration on the government’s proposed employer-based vaccine mandate as evidence of ATA’s commitment. 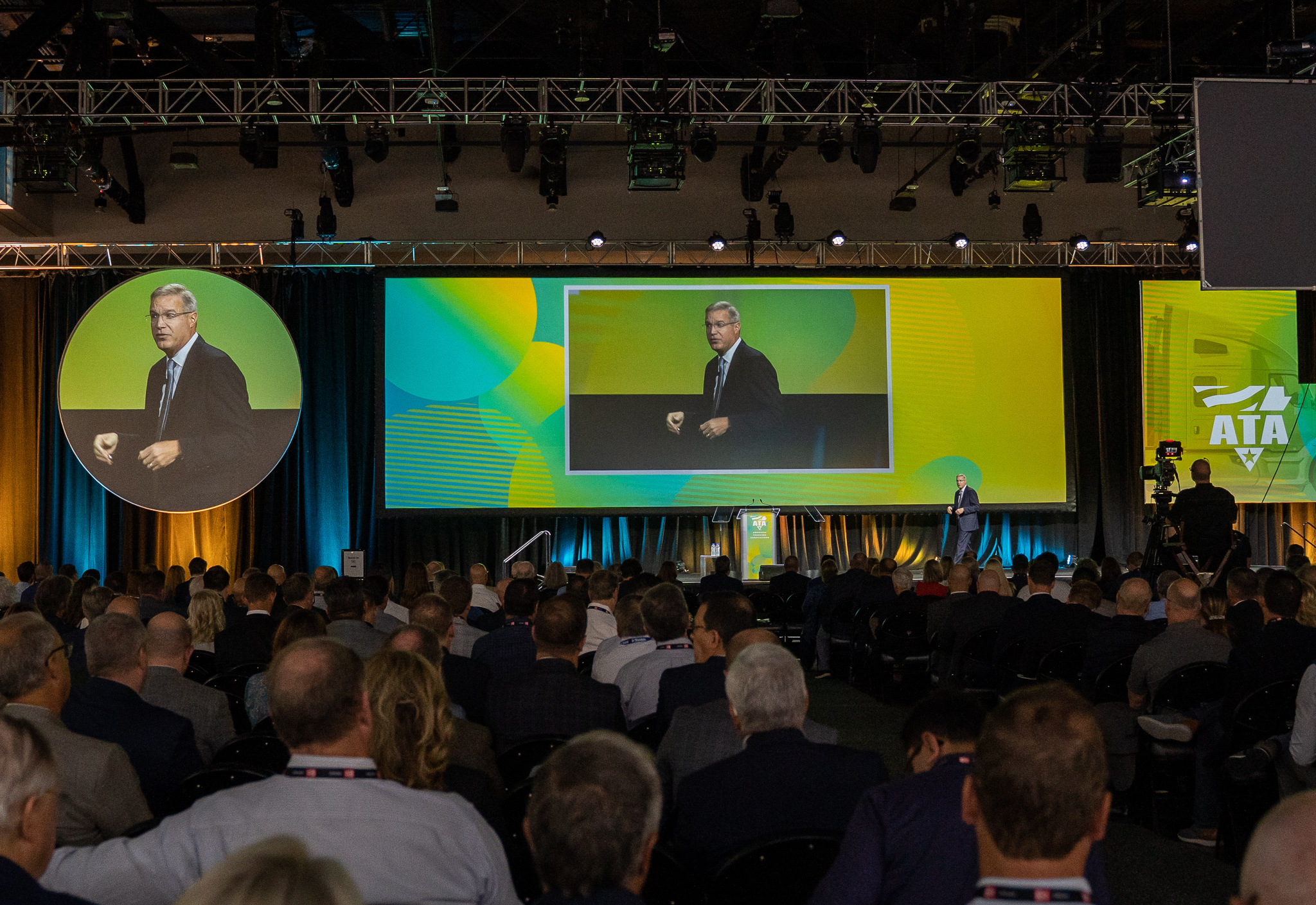 “These two court victories are impactful and historic. No matter the size of your business – large, medium or small – had either of these two policies become reality, our industry and the countless businesses and consumers we serve… would have suffered,” he said. “We assembled the best team. We developed the best legal strategies. We exercised every option with patience and precision. And we won. That’s what you expect of your association, and candidly that’s what you deserve. This is why we fight.”

Spear also pointed to ATA’s role in helping to pass the Infrastructure Investment and Jobs Act, including important investment in the nation’s roads and bridges as well as critical workforce development language like a pilot program of younger commercial drivers as significant wins for the industry.

“Leading up to its enactment, ATA testified 25 times before the House and Senate. Providing answers to questions, reams of ATRI reports and actionable data; and, a steady narrative that resonated with both Republicans and Democrats,” he said. “Good outcomes take time, and this bill was no exception.”

“With six states having already enacted lawsuit abuse legislation, the ATA federation is using its reach in every state to put the plaintiffs’ bar on defense,” he said. “We now have 11 more state associations preparing legislation that will further shape a landscape where jury decisions are driven by facts, not Powerball payoffs. The plaintiffs’ bar’s preoccupation with nuclear verdicts and putting companies and hardworking men and women out of a job is now strengthening the foundation and resolve of our federation.”