ATA revised the May increase from the originally reported 0.7% to 0.4%.

The not seasonally adjusted index, which represents the change in tonnage actually hauled by the fleets before any seasonal adjustment, equaled 116.3 in June, which was 1.1% below the previous month (117.6).

“In the second quarter, we saw the tonnage index jump 1.8% from the previous quarter and 8.4% from a year earlier,” said ATA Chief Economist Bob Costello. “This robust growth fits with what is likely to be a very strong GDP reading for the second quarter. I expect the growth in tonnage to moderate, but remain at very high levels in the months ahead.” 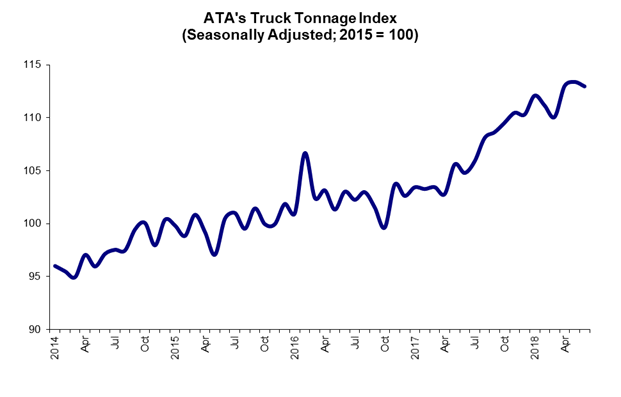