It is important to note that ATA’s tonnage data is dominated by contract freight, which is performing significantly better than the plunge in spot market freight this year.

September’s reading was revised up compared with our October press release.

Compared with October 2018, the SA index increased 1.7%, the smallest year-over-year gain since June. The index is up 3.9% year-to-date compared with the same period last year.

The not seasonally adjusted index, which represents the change in tonnage actually hauled by the fleets before any seasonal adjustment, equaled 125.4 in October, 8.4% above the September level (115.7). In calculating the index, 100 represents 2015. 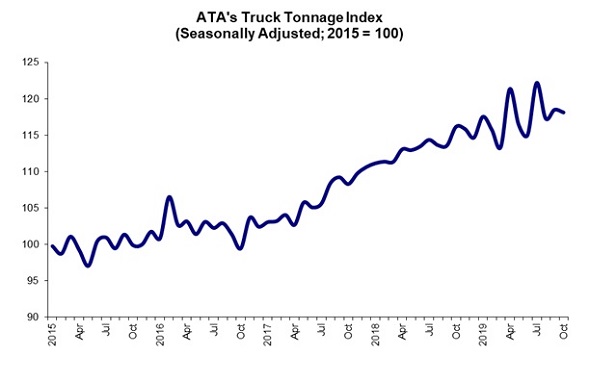